ADJ: The Afterdeath Journal of an American Philosopher: The World View of William James, Jane Roberts

BGWHN: The Persian Gentleman, A Beginner’s Guide to What Happens Next

BOTR: Joseph Wetzl, trans., The Bridge Over the River. Communications from the Life After Death of a Young Artist Who Died in World War One. Spring Valley: Anthroposophic Press, 1974.

DOU: Arten [once incarnated as Thaddeus, the follower of Jesus], The Disappearance of the Universe. Carlsbad: Hay House, March 2007 (12th printing); c2002.

The foreword by G. Vale Owen is dated July 1921. See SABL for F. Heslop’s description of her husband, John Heslop.

FMW: Jasper Swain, From My World to Yours: A Young Man’s Account of the Afterlife. New York: Walker, 1977.

LFOS: Henry Thibault, Letters from the Other Side.  London: 1919.

“On Monday, 12th March 1917, I was walking by the sea when I felt the presence of someone. … Suudenly I said to myself, ‘It is a soldier. He has been killed in battle and wants to communicate!’ That evening I happened to call upon a lady who possesses some degree of clairvoyant power. I had forgotten about the soldier until she described a man dressed in khaki, sitting in a chair near me. … She said he was mature, wore a small moustache, and seemed somewhat sad. Not a very intelligent character apparently, but an honest one. … I came home and sat down at my writing table. …

“The messages I received in this manner from ‘Thomas Dowding,’ recluse, schoolmaster, soldier, are down exactly as they reached me.” (Wellesley Tudor Pole, PD, 11.)

“In the early days of my work three communicators used my pen and of these ‘Scott’ was one. … Scott’s contributions were always recognizable for their vivid and tonic qualities and sometimes for the unconscious arrogance with which they were presented. …

“The riddle of ‘Scott’s’ identity [was] not difficult to guess. He is Colonel T.E. Lawrence. He first wrote for me in 1938 and from the beginning he used his own name. But as soon as any question of publication arise he demanded of me a promise to respect his anonymity. This promise I gave. …

“In process of time this reaction [to his own fame] decreased in power and almost disappeared as though he had at last become indifferent to his fame. In Post-Mortem Journal he has taken very little trouble to conceal his identity and I think we may conclude that it is no longer a matter of concern to him.” (Jane Sherwood, medium, PMJ, 10-2.)

RTI: Frederic W.H. Myers through Geraldine Cummins, medium. The Road to Immortality. Being a description of the after-life purporting to be communicated by the late F. W. H. Myers . Located at http://www.trans4mind.com/spiritual/cummins/cummins1.html.

SABL: John Heslop through F. Heslop, medium, Speaking Across the Border-Line. Being Letters from a Husband in Spirit Life to His Wife on Earth. London: Charles Taylor, 9th ed., n.d.

“John, from whom these letters came, was a Scotsman and gloried in his nationality. Extremely reticent in the expression of his deeper feelings, he was a very Highlander in his genial nature and filled with love and hospitality.

“His character was a combination of strength and tenderness, string in rectitude and every manly virtue, but tender and understanding toward the weaknesses of others. He had a well-balanced brain, clear, excellent judgment, and keen artistic perceptions. But the bias of his mind was toward the practical rather than the poetical, while for mysticism and all occult matters he had no toleration.

“A keen sportsman, he reveled in the beauty of river and loch. Few men ever won more affection from other men than did he and, when he passed, they told me with one voice that he was the most loveable man they had ever known.” (F. Heslop, SABL, xix.)

From an e-mail with Dr. Mike Timns, March 15, 2008: “[Stainton] Moses continually asked for the earthly identifications of Imperator and the others. Imperator initially refused, informing Moses that revealing their earthly names would result in casting additional doubt on the validity of the messages.

“However, Imperator later revealed their names, advising Moses that they should not be mentioned in the book he would write. It was not until after Moses’s death that the identities were made public by A. W. Trethewy in a book, The Controls of Stainton Moses. Imperator was Malachias, the Old Testament prophet. Rector was Hippolytus and Doctor was Athenodorus. Imperator took directions from Preceptor, who was Elijah. Preceptor, in turn, communed directly with Jesus. Other communicators in the band of 49 included Daniel, Ezekiel, John the Baptist, Solon, Plato, Aristotle, Seneca, Plotinus, Alexander Achillini, Al-Ghazzali, Kabbila, Chom, Said, Roophal, and Magus.” (Mike Tymn to Brother Anonymous, E-mail, 15 March 2008.)

Mary has a lot of good, hard sense. Trust her and go ahead. (Professor William James to Charlotte Dresser of circle leader Mary Bosworth in SWSL, 241.)

I sent out messengers, and, though it has been a long search, I have found you in a circle who are well beloved by those of higher spheres. Mary is a safe teacher and friend. Dee is your dearest friend and a lovely spirit. Trust them. The others I cannot see so well; but all are fine, and I am grateful that you, my friend, are cared for so wisely. (Unnamed friend of Charlotte Dresser’s, SWSL, 183.)

Then Sis [Charlotte Dresser] asked [her sister and spirit group coleader] Dee to tell her how Mary looked.

“Mary has dark eyes and is taller than I am. We are not alike in looks, but are alike in perceptions, tastes, and desires. We have different work, and each has different interests; yet we are closely related. Can you understand?” (Dee of Mary in SWSL, 50.)

“‘Thavis’ is his Other Side name, Apparently all souls who work with humans adopt names by which they identify themselves…. Thavis lived in France during the eighteenth century and, he told me, he had lived here [on Earth] in a previous incarnation. He was a journalist of sorts and a politician in his last [i.e., the French] life here.” (Harry Homewood, TIH, 26.)

Betty Bethards, founder of the Inner Light Foundation, is a meditation teacher, mystic, and psychic channel. At several different sessions an associated asked Betty questions about death. Betty was in a state of light trance, which allowed answers to come through her from the other side or the next dimension of existence.

VS: Helena Blavatsky, The Voice of the Silence. Being Chosen Fragments from the “Book of the Golden Precepts.” Theosophical University Press Online Edition. Downloaded from http://www.theosociety.org/pasadena/voice/voice.htm, 28 Jan. 2008.

WSL: Franchezzo (A. Farnese), A Wanderer in the Spirit Lands. (1896) downloaded from http://www.sacred-texts.com/eso/wsl/index.htm.

WW: Myrna Loy to Tatyana Tanika in “A Wave to Another Wave,” Tanika’s Books Newsletter, March 2008, downloaded from http://www.tanika.com/.

BB: Benjamin Walker, Beyond the Body. The Human Double and the Astral Planes. London, etc.: Routledge and Kegan Paul, 1974.

HF: Gregory of Tours, The History of the Franks. Harmondsworth: Penguin, 1974.

TT: Charles Leadbeater, A Textbook of Theosophy at http://www.anandgholap.net/Textbook_Of_Theosophy-CWL.htm 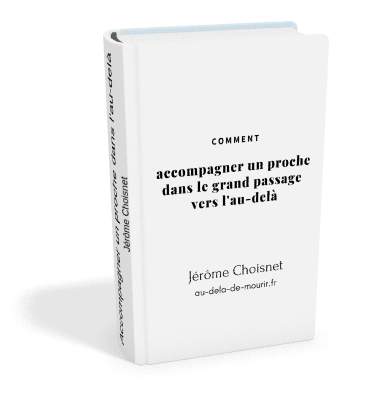